I know that I have not been getting out enough when I arrive at a location more than an hour earlier than I planned for my shot. This morning I decided to watch a ship arriving at Sharpness Docks on the River Severn. I hoped that its navigation plan would have it arrive at high tide, which was at 8:05, coinciding with sunrise. To give myself a little leeway, not knowing much about shipping, I planned to be set up to start shooting at 7:30. I actually arrived at Sharpness at 6:40, which gave me plenty of time to wander around the docks themselves and catch this shot of the light rising in the sky behind the dock buildings and cranes. 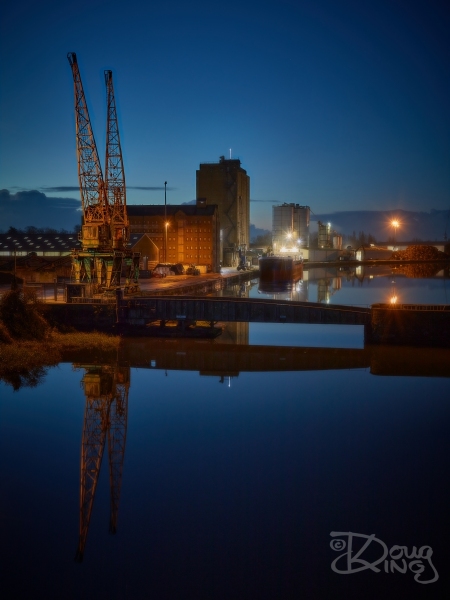 A little later I was able to see the Arklow Raider manoeuvre into the tide lock using the pontoons and the tide to turn gracefully.

Standing at the Edge